Rookie FWQ snowboarder out of Big Sky, Holden Samuels, has just served notice that he’s a threat to qualify in Region 2 for the Freeride World Tour in his first season on the adult FWQ tour. Holden captured the win at an IFSA / FWQ 2* event hosted on June 14, 2018 at Beartooth Basin Summer Ski Area on the Montana Wyoming border.

The “Shredfest” competition, part of MadeMT, which features cultural, educational, and brand showcases such as Shred-X (15-minute presentations by innovators, athletes and entrepreneurs), was moved forward one day due to deteriorating weather conditions. The Beartooth Highway is a notoriously challenging stretch of pavement with frequent closures due to bad weather or sudden blizzards, even in June. The majority of the highway sits above 10,000 feet and Beartooth Basin is tucked alongside the highway along a sharp curve. This unique ski area only operates for three months in the summer and its north-facing aspects harbor a huge cornice and big cliffs, perfect for a short but rowdy competition venue.

The rescheduling of the event from Saturday to Friday was enough to run all the categories except Ski Men, and it proved to be a perfect decision for Samuels, who took advantage of soft conditions under mixed sun and clouds to claim the first IFSA / FWQ win of his young career. 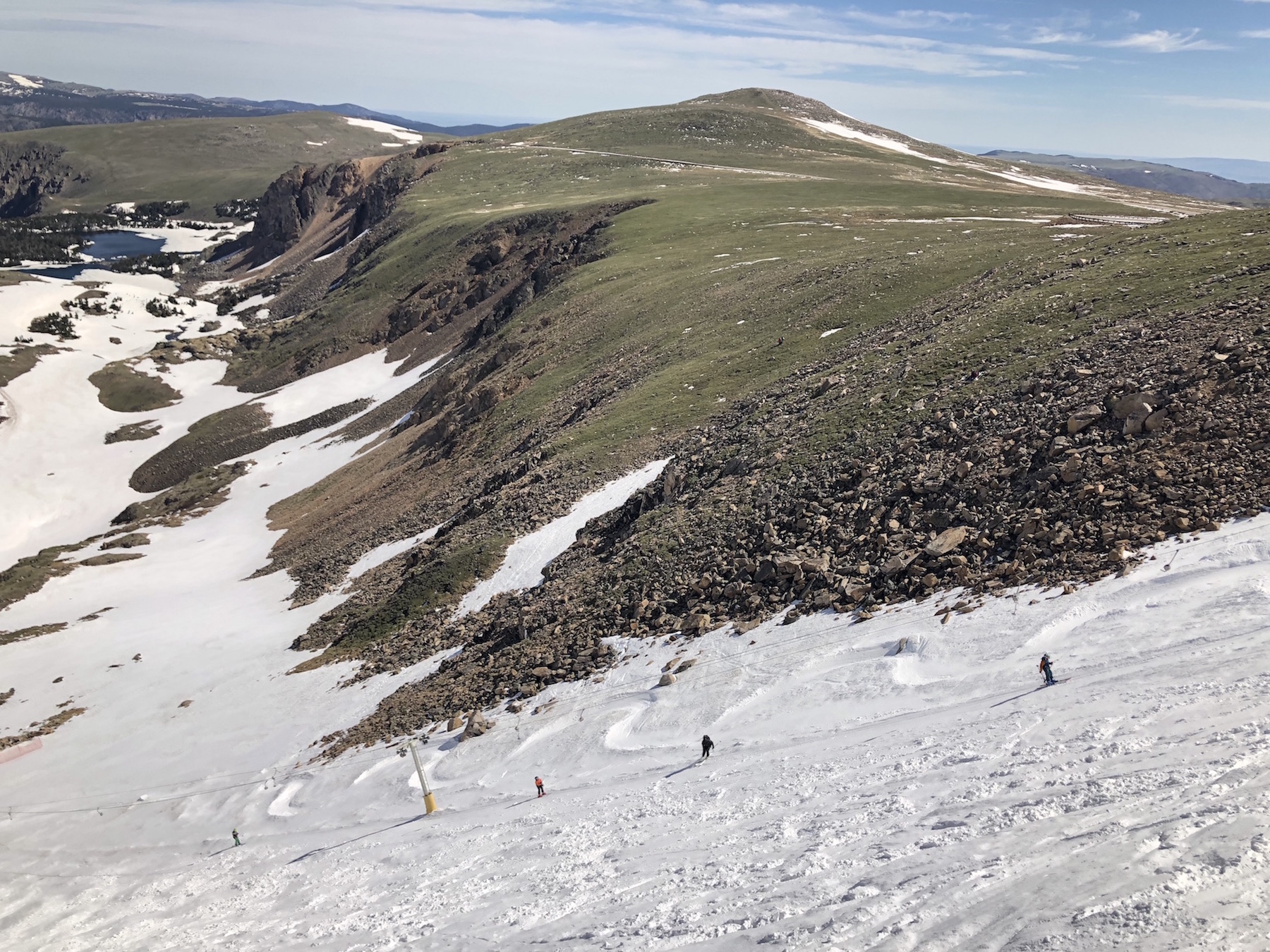 “Holden Samuels and Blake Moller (2nd) were a cut above the competition today,” said the Freeride World Tour’s Tom Winter. “Holden in particular really stepped it up and he’s going to be one to watch this season. It’s not often that a rookie on the Freeride World Qualifying tour makes the move up to the elite FWT their first year, but I sure wouldn’t be surprised if he makes the leap.”

Joining Samuels on the top of the podium was legendary snowboarder Julie Zell. Zell, who has competed around the globe and is one of the most influential riders of her time, came out of retirement at 50 years old to compete for the first time in years. The win was an unexpected punctuation on a career that includes seven Winter X-Games, a victory at the Freeride World Tour finals in Verbier and numerous first descents of extreme terrain on mountains around the globe.

For the ski women, California athlete Tracy Chubb took the win with a fast and fluid line through the complex headwall venue.

“Austin Hart and his team did an exceptional job with the event,” added Winter. “They have a unique operational ecosystem up there, and face a lot of challenges, but hats off to them, they always find a way to manage things successfully and they do it with a smile and stoke.” The Ski Men category unfortunately didn't get to run due to the onset of a fierce blizzard that dumped over 10 inches of snow at Beartooth Basin. The road closed once again and Mother Nature staged a mighty blizzard while the athletes retreated to Red Lodge to host the awards.

The Beartooth Basin FWQ 2* event kicks off the 2018-2019 FWQ season in the Americas Region 2, with the next events scheduled for July and August in the Andes.