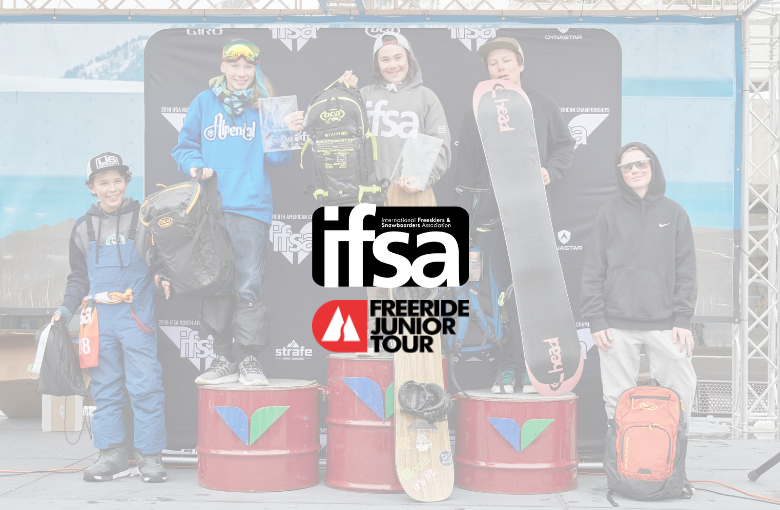 Please read this article to stay informed about rule changes to the FWQ Junior Freeride Series in Region 2 for the 2018-2019 season.

As an athlete advocacy organization, the IFSA does its best to tend to the needs and concerns of Freeride athletes, parents, and coaches. In response to feedback from the community, and to better align with Region 1 rules, there will be a few policy changes implemented for the 2018-2019 competition season. The IFSA spent the majority of summer 2018 updating and reformatting all our handbooks. Please take the time to review the new IFSA Region 2 Junior Handbook and the series changes outlined below.

The IFSA is changing how an athlete’s IFSA Overall Freeride Series Ranking is calculated.

The new ranking logic will calculate additional points based on the number of athletes a rider beats within their division. In addition to awarding points for the place earned, an athlete will also earn 1 additional point for each rider they beat in their division at any IFSA-sanctioned Freeride competition. The intent of this change is to reward an athlete for the accomplishment of beating more participants at events with a greater depth of field.

To preserve the aspects of fun and safety for our youngest competitors, an IFSA Overall Junior Freeride Ranking will not be calculated for the U12 age category. However, each IFSA geographical region may opt to calculate the scores of U12 athletes within their region. U12 athletes will still be provided with a podium/awards ceremony by the event host at each event that includes this age category. Points for U12 athletes are calculated using the following criteria. See Section 1.8. Point III.

Moving forward for the 2018-2019 season, all U12 athletes with an active IFSA Membership who have have competed at least once during the season will be granted an invitation to the U12 IFSA North American Junior Freeride Championship (U12 Champs). In a change from previous years, Canadian U12 athletes will be explicitly invited to the U12 Champs event. See Section 1.11.

The IFSA comprises Region 2 in competitive Freeride (Canada, South America, United States). IFSA Region 2 athletes may choose compete in Region 1 (Europe, Oceania), however any points they earn will not count toward their Region 2 IFSA Overall Ranking. (The same is true for Region 1 athletes competing in Region 2.) Additionally, a rider may only qualify for a spot at the Freeride Junior World Championship 4* event from their designated region. See Section 1.8. Point IV.

When declaring a championship winner, in the occurrence of a division tie within the top 5 places of the IFSA Overall Junior Freeride Series Ranking, a tie splitter will be utilized to determine a single winner. See Section 1.14. The tie for a championship title will be broken based on this order of the following criteria:

If an athlete may miss their start list position by more than 5 riders, they must communicate their tardiness with the TD or event host and describe the circumstances preventing them from making their start time. If an athlete should miss their division entirely, they will earn a DNS. It is the decision of the TD/starter where to place the rider in the event they miss their start. Repeated infractions of missing start times will result in a DNS or DQ score at the discretion of the head judge and/or TD. See Section 2.15.

Please take the time to review our newly updated 2018-2019 Junior Series Handbook. It is stuffed full of helpful information. If you have any questions about the above, please refer to the handbook for clarification. CLICK HERE