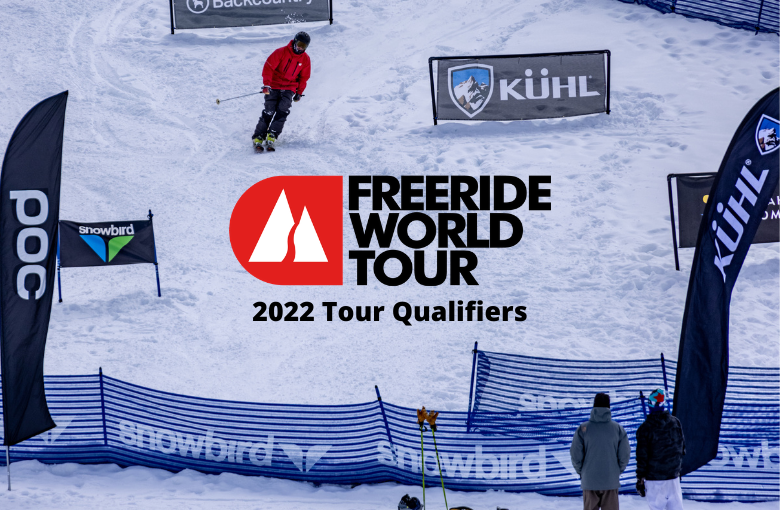 The 20/21 Freeride World Qualifier Series in Region 2 wrapped up yesterday on March 30, 2021 with the completion of the FWQ 4* event at Crested Butte Mountain Resort. As is tradition, the final event of the season crowns the qualifiers to the following season’s Freeride World Tour.

It was a year to remember, as athletes carefully traveled and competed despite the challenges presented by the Covid-19 pandemic. Months of planning by the IFSA team and our valued resort partners allowed us to execute a scaled down FWQ series in the USA amid the uncertainty and the hurdles created by the pandemic. In February, the IFSA was tragically forced to cancel the Canadian FWQ Series due to a Public Health Order that prevented large gatherings and events. The pared down series included stops at Big Sky, Grand Targhee, Snowbird, Smugglers’ Notch, Breckenridge, and Crested Butte.

With just 3 opportunities to compete at the FWQ 4* level at Snowbird, Big Sky, and Crested Butte, athletes clamored for the opportunity to qualify. For the first time in 8 years, Freeride returned to the hallowed slopes of Snowbird in mid-March. Days later, Freeriders found themselves hiking the fearsome heights of the Headwaters in Moonlight Bowl at Montana’s Big Sky Resort. To complete the whirlwind tour, athletes were due several days later on the High Life and Phoenix Bowl venues at Crested Butte in Colorado.

On the Men’s Ski side, Freeride World Tour veterans ruled the day. Former FWT ‘20 competitors Jack Nicols (USA) and Grifen Moller (USA) will return to leave their mark on the 2022 FWT Tour. Jack qualified for the 2020 FWT Tour alongside his brother Kevin Nichols after impressive results in the 2019 season. It truly is a family affair as Grifen burned to qualify again and join his brother, snowboarder Blake Moller, who clinched 2nd overall as a rookie on the 2021 FWT Tour this season. Jack and Grifen will return to the 2022 FWT Tour with experience under their belts and a second chance to vie for a FWT title.

For the Women’s Ski champion, it was a fight till the end as the ladies battled it out on some of the steepest and toughest slopes in the Rocky Mountains. The honor was ultimately clenched by IFSA Junior alum, Lily Bradley out of California. Having grown up ticking off wins in the Tahoe Freeride Series, Lily draws great experience from her time skiing with the SquawFree team. Lily is also familiar with the world stage, having attended the Freeride Junior World Championship in Kappl, Austria in 2019. Lily battled it out with formidable competitor Molly Armanino, who clinched the win at the Snowbird FWQ 4*, earned 5th at Crested Butte FWQ 4* and 1st at the CB FWQ 2*. Ultimately it was Lily’s 4th place finish at Snowbird, 1st place finish at the Big Sky FWQ 4*, and 3rd place finish at Crested Butte that launched her to qualification for the tour.

For the Women's Snowboard title, Canadian rider Audrey Hebert traveled south this season to compete on the US FWQ circuit. She racked up impressive wins and clinched the honor of qualifying for the 2022 Freeride World Tour. Audrey placed 4th at both Snowbird and Big Sky and capped her season with a win at Crested Butte, securing the title. Audrey narrowly missed qualifying in 2020, earning 3rd place overall amongst female snowboarders with wins at the Taos and Crested Butte FWQ 4*s and 1st at the Revelstoke FWQ 2*. Audrey is a veteran on the FWT, having competed in 2018 and 2017.

Returning to the theme of former FWT riders eager to regain their spot on the tour, the story is much the same for the Men’s Snowboarding side. Michael Mawn, a 2021 FWT snowboard athlete who just missed qualification for the fibal Verbier stop, returned to the states to requalify and was successful on his quest. Michael earned 1st, 4th, and 2nd, respectively at Snowbird, Big Sky, and Crested Butte.

Despite an action-packed month of March in the states, our Canadian friends were dearly missed. Due to Covid protocol in British Columbia, the Canadian FWQ circuit was forced to cancel as our host partners obeyed provincial health mandates. To accommodate for the lack of events in Canada, Freeride World Tour 2022 qualification spots will be awarded to the highest placing Canadians in the 2020 season.

Coming in first for the Snowboard Women’s category in 2020 was Katie Anderson. Katie placed 2nd in the Freeride World Tour in 2021 with a podium in three of four FWT events this year. In 2022, she will continue to challenge the title holder, Marion Haerty, who has held the crown three years in a row.

With a slew of podium finishes over the last four years, Mathieu Martineau managed to pull it all together in 2020 to land himself on top of the Canadian Snowboard Men’s field. Beyond being a top tier athlete, he also volunteers his time on the IFSA Athlete Advisory Board to support and shape the sport he loves.

Cooper Bathgate made his rookie debut in the Male Ski category on the FWT in 2021 and while he had some of the most creative lines of the year, did not make the cut for 2022. However, having finished first in Canada in 2020, he'll get another year of battling it out on the 2022 Tour.

Also debuting her rookie year on the tour in 2021, Olivia McNeill will receive an invite back to the tour in 2022 for her Canadian ranking in ‘20. Olivia is a recent IFSA Junior alumnus, with an impressive 4th place at the Freeride Junior World Championships. After battling an injury in her 2021 season, Olivia will be a force to reckon with at full strength in the 2022 series. 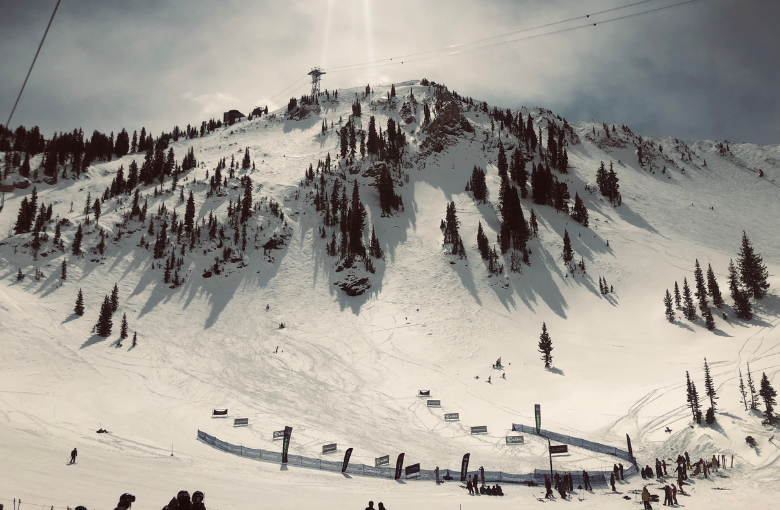 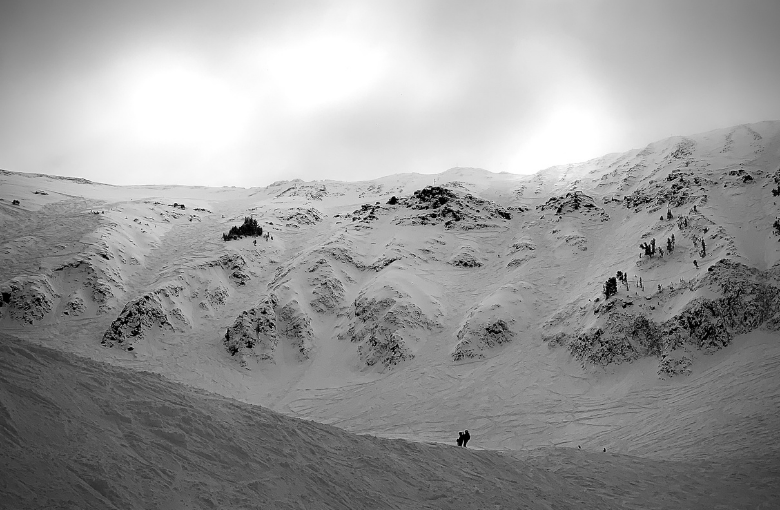 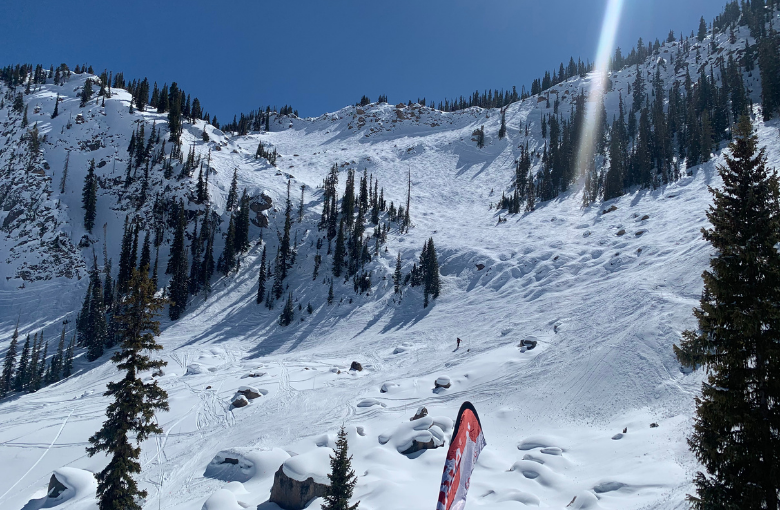